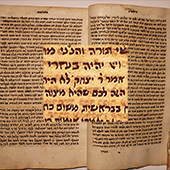 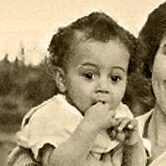 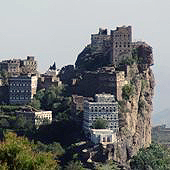 | When Did the Jews Arrive in Yemen?

Researchers assume that the beginning of the Jewish settlement in Yemen goes back as far as the period of the First Temple; around 1000 BCE. Archaeological evidence regarding this has yet to be found, however legends and traditions tell about a few waves of  Jewish immigration to Yemen in biblical periods, starting with the period of  King Solomon and the Queen of Saba (Sheba) and ending during the time of Nabonidus (Nabu-na-id), King of Babylon (556-539 BCE).

Where are the Jews of Yemen Today?

About one hundred thousand Jews emigrated from Yemen to Israel since the end of the 19th Century. Half of them were flown in with the ‘On Wings of Eagles’ operation in 1949 – a campaign that many mistakenly define as ‘The Magic Carpet’, which actually refers to the operation that brought the Jews of Iran to Israel.

The language, vocabulary, accent, culture, religious customs, clothing and codes of behavior spark a flavor of ancient authenticity and associations with the biblical figures as we imagine them.

Yemen is located in the strategic southwest of the Arab peninsula and holds one side of Bab-el-Mandeb Straits that serve as a gate to Europe through the Red Sea and the Suez Canal. Currently it is an underdeveloped country; still, it is blessed with rich history, varied topography and climate.

Topographically, Yemen is mostly a highland country. In the west it is bordered with the Red Sea and in the south with the Indian Ocean. A semi desert belt along the shores of these bodies of water surrounds the highlands that are located along the center of the country. The climate in the highlands is relatively comfortable. Many areas are rich with precipitation and allow the development of extensive agriculture. In the north and in the east of Yemen, where it is bordered with Saudi Arabia and with Oman, lies the greatest sand desert in the world.

Due to its physical geography it houses a diversity of people and tribes that have kept their distinct characteristics throughout the times. Among them were the Jews of Yemen.

Where Did the Jews live in Yemen?

Most of the Jewish communities in Yemen lived in more than 1100 towns and villages, along the highlands of Yemen that were characterized with better climate and a relatively high rate of precipitation. In some areas, Ibb region for example, the annual quantity of rain ranges between 1000 to 1400 mm.

The earliest physical evidence, so far, for the existence of Jewish communities in Yemen was found in cemeteries where stone graves were discovered with Hebrew writings on them, dating back to 311-250 BCE (roughly a few dozen years after Alexander the Great was in the area).

Translation to English of the engraved Hebrew text (above):

Expand to read about 'What is the Era of Contracts?'...

Starting in 311 B.C.E. a new system for counting the years was introduced by the Seleucid Empire and is defined as the “Seleucid Era”. It was used in the Hellenistic civilizations and relates to Seleucus 1 Nicator’s re-conquest of Babylon in 312/11 B.C.E. The system is based on the Babylonian Lunar/Solar calendar which relates to the moon cycle with a correction of an extra month once every 3 years. It also starts the year in the spring time in the month Nisanu (April/March). The Jews adopted this calendar and defined it as the ‘Era of Contracts’.

Most Jewish communities around the world ceased using this calendar in the 9th century. However the Jews of Egypt continued with this system until the 16th century and the Jews of Yemen used it until the 20th century.

Yaakov Halevi Sapir, a researcher and an emissary from the land of Israel to Yemen arrived there in 1859. He crossed the country with guides from the Jewish community and recorded his mission in a book called ‘Even Sapir’. In it he describes a discovery of ancient Jewish gravestones in an old Jewish cemetery beside Aden.

Expand to view an English translation about the discovery, from Yaakov Halevi Sapir's journal…438…..

…and only this they promised me, that here, in their old cemetery, dates are engraved on the gravestones and their time is more than 2000 years. And this is a reliable sign for them that their ancestors are here from the beginning of the 2nd Temple….. And I believed them, and I took with me the “shamash” of the synagogue, and he took me to the old cemetery….. and I went around it over and over again since it was full with thorns and weeds and the gravestones underneath. And I worked my sweat – in the heat of the day – to cut the thorns and to dig for the remains of the spirits, until I found many marks and gravestones standing by the heads of the graves, and opened Aramaic writing not ornamented in big letters, which still could be well read.  After cleaning the soil off (off the letters), mysteries revealed that I never thought would appear in front of my eyes…..  the dates on these gravestones were engraved under the “era of contracts”  that is still being used in all the land of Yemen….. many of the graves I found were from the 1st thousand of  “era of contracts”…. I kept on digging and found the earlier ones and from them I copied ten….

After exposing the stones that were covered by soil, weeds and thorns he registered 10 of them with names and dates:

The following were registered:


Professor Yosef Yuval Tobi gives us an overview about the Jews of Yemen including the Pre-Islamic period (Duration: 2:31 min)

Jews in Yemen During the Time of the Second Temple

Yosef Ben Matityahu was the Hasmonean general that served as the chief commander during the Jewish revolt against the Roman Empire in the year 67 CE. After a difficult struggle he surrendered to the might of the Roman army, changed his name to Josephus Flavius and became almost the sole historian of that period in the region.

Josephus writes in his book (the Ancestry of the Jews 15,9,3) that Herod (74/73 BCE – 4 BCE), the King of Judea, who was a Roman ally, sent a Jewish regiment to Yemen in the service of the Roman Commander Aelius Gallus. At that time (25 BCE.) Gallus was engaged in a conquest mission to Yemen. Some researchers, like (Professor Zeev Hirshberg) believe that the Jewish regiment was sent in order to serve as contacts with the Jewish communities in Yemen.

After the defeat of the great revolt against the Romans, many Jews of Judea were taken as slaves to Rome. Some scattered east, some escaped north to Babylon and Persia and some, as a few researchers claim, escaped south to Egypt and to Yemen.

In the year 1970, a stone that is related to the period of the 2nd Temple was found by Dr. Walter Miller, in the village of Beit-el-hatzer in Yemen, some 15 km east of Sana’a.

On the stone there is an engraving of part of a list of the ‘Priest guards’. This list contained the names of priests who were responsible, on a rotating basis, for maintaining and upholding ritual activities in the Jewish Temple in Jerusalem. Three similar plates were found in Israel, but the one in Yemen is the biggest. Historians and archaeologists believe that the existence of this stone in Yemen proves that one of the priest’s families ended up in Yemen after the fall of the 2nd Temple in 70 CE. There they kept on practicing this tradition in the hope of returning to Jerusalem and being ready for the ceremonial activity when the new temple was rebuilt.

Expand to view translation of the Priest Guard stone, 1st Century CE., that was found in Yemen...

A stone ring with engraving in Ancient Hebrew of the Name ‘Itzhak-Br-Hanina’ and an engraving of ‘luhot-habrit’ [the holy covenant] was found in the city of ‘Taphar’ in Yemen. Research dates this ring to between 330 BCE. to 200 CE.

Additional archaeological evidence has been found throughout Yemen, such as findings in the area where the ancient Kingdom of Himyar existed. (For information about the Kingdom of Himyar, see our page on Jews of Yemen and their relations with local neighbors).

What was the Importance of having a Pedigree for the Jews of Yemen?

Most of the Jewish families in Yemen held pedigree documents. A large number of them were destroyed, burned or disappeared during the Mawza expulsion of 1679-80 CE.

Three of these pedigree documents survived over the centuries in Yemen. Two relate to the tribe of Judea and the third to the Levites. These pedigrees were published by the late Yehuda Halevi Nahum. He claimed that, until the visit of Rabbi Shalom Araki who arrived in Yemen in the mid 18th century, many Jewish families still had pedigrees. The Rabbi ordered the community to burn them since a certain respected family did not agree to marry their daughter to the Rabbi’s son, claiming that he did not have a pedigree. The Rabbi excused his order to burn the pedigrees by saying that there should not be two different levels of Jewish communities, those with pedigrees and those without.

Below you can find a copy of a pedigree from 1503 CE, dating back 91 generations, that relates to a family of the Tribe of Judea. This pedigree is currently in an exhibition of Jewish Yemenite Heritage in Rosh-Haayin, Israel.

The importance of having a pedigree in the Jewish Yemenite tradition relates to an order in the bible regarding territory in the land of Israel. According to this order, the land of one tribe cannot be transferred to another tribe and therefore there was a need to verify which tribe the individual belonged to. The pedigree was the proof.

During the return to Israel, after the destruction of the 1st Temple, Priests and the Levites who lost their pedigrees lost their jobs, since there was no proof of their origin.  So it was ‘a must’ having it, not only due to hierarchy and respect in the community but also in practical terms.

The period of Jewish Yemenite settlement in Yemen was long, but it was always regarded by them as temporary. They continued to believe that when they got back to their land they would return to the same region that their ancestors received and that the Priests and the Levites would re-establish their functions as before. Therefore it was important to keep the list of the Priest guards as they were and the pedigrees, since this would give them, they believed, the legal right to settle where they belonged when they returned to the land of Israel.